The Aztecs group was formed in March 2007 as a 15-strong splinter of the Whiskers family, but all adult males returned to the Whiskers within a month. Until September 2007, the Aztecs consisted of three adult females, led by the oldest, Monkulus, and four pups. Only the youngest Aztec was a male. In September 2007, first a Young Ones rover, Homestar Runner, immigrated, but he was ousted by a Whiskers rover coalition led by Monkulus’ uncle Zaphod. The group then experienced changes due to evictions and roving males; three evicted females formed the Van Helsing group, several rovers emigrated to wild groups. Monkulus and Zaphod retained their dominance positions though.

On 4 March 2011 Zaphod died of natural causes due to old age and the dominant male position remained open for a while, with Molière acting as a natal dominant male beside Monkulus. In 2011 evicted Aztecs females joined Van Helsing males to form Pandora. In October 2012, a suite of events led to the immigration of Sequoia males, and to subordinate female Kathleen overthrowing Monkulus. However, all Aztecs meerkats including the Sequoia males changed sides, to Monkulus – thus forming a new group named the Mayans. Kathleen, the last remainder and member of the Aztecs, eventually managed to join the Mayans – bringing the Aztecs history to an end in February 2013.

The Aztecs were frequently observed near the Rus en Vrede farmhouse and the riverbed, but then moved to the Gannavlakte farmhouse. Their territory bordered Nequoia, Sequoia, Van Helsing and Pandora.

The Aztecs are available as a Friends group, together with Starsky and Hoax who were also Whiskers splinters. 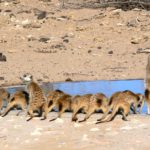 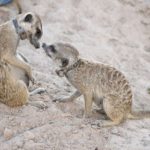 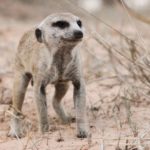