Commandos started in 2004 from a large Young Ones rover coalition and a party of young Gattaca females evicted by Risca. However, successful they were, growing their family to 25 members within two years – so young didn’t mean inexperienced!

The Young Ones male Aragorn immediately established dominance, but a succession of females have taken dominance although Zorilla then settled as the definite long term dominant female of the group. After the death of Aragorn, five Whiskers males immigrated in October 2007, ousting most adult males. Zarathustra Whiskers established male dominance, but he was predated soon after, and Miles settled as his successor. Evicted females founded the Kung Fu (Kleintjie) and Geckos groups.

Zorilla led the Commandos to a territory East of the Gannavlakte farmhouse, along the riverbed and main road – the land where once Vivian, Gattaca and Balrog lived. With that started disease infections in the group, and over time, many animals succumbed to it. The group was considered last seen in June 2009 after the female wearing the collar died, and the remaining individuals could no longer be tracked.

Commandos used to defend their lands fiercely. The group name was thus wisely chosen: Commandos is a tactical game set in WW2. And guess where Commandos got their nickname of “Meerkat mafia” from…

The Commandos are available as a Friends group. 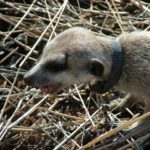 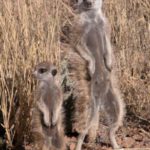 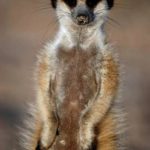 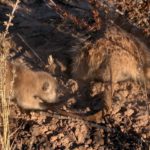 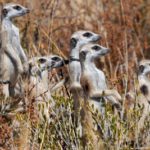 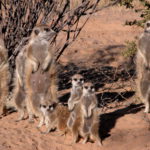