The Moomins group was started by Lazuli females and Drie Doring males in 2001, and slowly but steadily increased in numbers – mostly offspring of Grumpy (a.k.a. Pig) and Burgan. They have become an exceptionally successful, well habituated group. One of the oldest Moomins’ males, Moomintroll, was later seen as the dominant of a wild group, together with his brother Snufkin. Burgan was predated in 2007. Another famous Moomin is Fluffernutter, who was born without claws. Despite this tragic birth defect, he made it over his second winter, even though he gained less weight than his littermates. However, he and most younger Moomins split from the main group, and left the monitored area. The remaining six Moomins females were joined by four wild males afterwards. Leonardo became the dominant male on Grumpy’s side. The group never grew quickly, and Grumpy didn’t reproduce successfully for over two years; her daughters kept the Moomins’ numbers growing though. However, after her first successful birth in more than two years, Grumpy’s daughter Hemulen overthrew her mother, and soon after Grumpy and the adult males succumbed to disease – with the remainder of the group probably being carriers. The group was LSEEN when all adult individuals showed signs of TB. However, paternity tests later revealed that Young, the long-term dominant female of Lazuli, had a Moomins father, so the Moomins line is continued in Lazuli.

Moomins were named after a Finnish/Swedish children book, and most of the early family got their names from the books’ characters. Only in 2005, pup naming moved to famous painters…

Moomins were a relaxed group to visit, who loved to playfight. They moved South in 2007, foraging in the region around Big Dune, but returned to their previous lands in the rolling dunes West of the Moomins Triangle.

The Moomins are available as a Friends group. 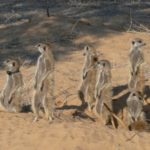 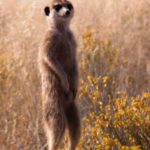 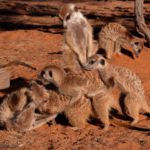 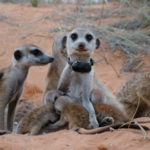