This presumably wild group was first observed by two Friends during an Earthwatch trip in April 2009, but could only be re-tracked in May/June 2009. They were found near Gattaca Dam, i.e. between the territories of Geckos, Aztecs, Sequoia and Kung Fu. For some time they were believed to be a lost splinter of Sequoia, yet their name means they are “Not Sequoia”. No known individuals emigrated from other groups could be identified in Nequoia; however, habituation progressed exceptionally well. The dominant couple was lost after a few months and dominance had settled with Kaluha and Pantxo – yet several litters were of Kaluha’s sister Kikka. Only then TB took a few of the Nequoia members including Pantxo, and Puggle took over male dominance. He was displaced by immigrating Aztecs males, led by Dali. However, TB ravaged further, eventually leaving Kaluha with five subordinate females and no males. Two months later they were down to four – but four Van Helsing males, led by their long-term dominant male Titan, joined. Titan disappeared without a trace within a month, and soon after seven rather wild Zulus males displaced the remaining Van Helsing males. Unfortunately the group could no longer be tracked after October 2013, so observation has been suspended. 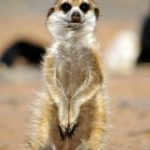 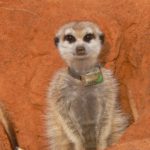 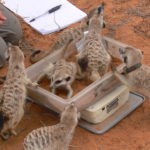 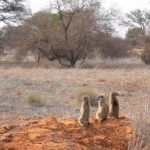 Dali, Luna and Rhea at Nequoia