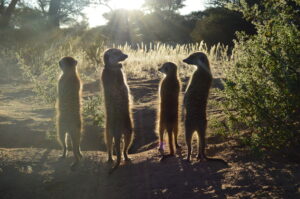 Following the absence of Heatherleigh VQLF018, Namaqua have a new dominant female – yearling Skirmish VNQF009.  The group ventured into Make-e-plan territory and initiated a fight.  Zuko VNQM012 was seriously injured and assumed to have succumbed to his injuries until he showed up with Namaqua nearly a week later.

With habituation group Tswana’s dominant female Britney VTSF009 Last Seen, as well as yearlings Oxytocin VTSF003 and Endorphine VTSF005, the group composition has changed so drastically that the remaining individuals are now considered a subgroup called Tswana2.  There is currently no female of breeding age in this subgroup.

As predicted, Aristokats disbanded.  The Worm’s Heart VCRM010 had been absent for over a month.  The females Annie VLF240, Weasel VLF241 and Squelch VLF250 have all been designated Last Seen. 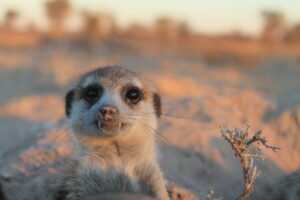