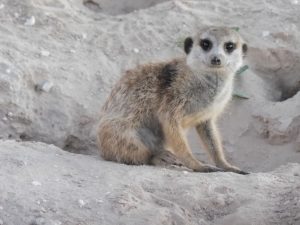 There was a lot of drama and change in the new subgroup Make-e-Plan 4, initially made up of two Make-e-Plan females and three Namaqua males.  This month, the two females Arabella (VMPF035) and Vivienne (VMP038) left the Namaqua boys behind and joined up with notorious Hakuna Matata rover, Shandy (VHMM023), who attained dominance, Gurke (VHMM036) and Slop (VLM283). While both Arabella and Vivienne are likely pregnant, the battle for female dominance continues. 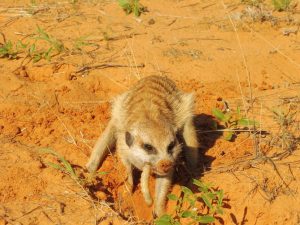 The Side Quest mob has increased to 11 individuals after dominant female Pumba (VZUF048) gave birth to three pups this month.

Whiskers now has 15 individuals with Swift (VWF176) and Brea (VLM157) continuing as the dominant couple. 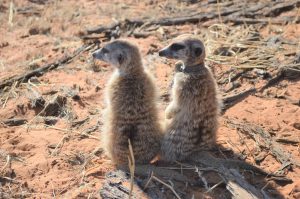 Gold Diggers dominant female Cleo (VGDF013) was missing at the end of the month.   Her three pups emerged mid-December but have been given their last seen after not been seen for 10 consecutive days.