This month Elrond’s Council dominant female Galadriel (VECF032) was given her LAST SEEN and her recent litter was lost.  Successor dominant female Calypso’s (VECF027) stillborn litter last month took its toll on her.  She disappeared early in April, appearing quite ill. Elrond’s Council’s two remaining females are related to dominant male Palestrina (VLM211) which leaves future dominance of the group in question. 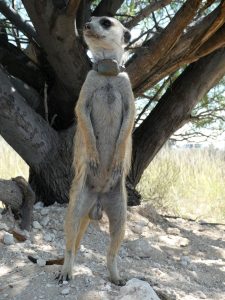 The missing half of Brussels Sprouts was found this month.  While the group is not back together, dominant male Shandy (VHMM023), adult subordinate male Gurke (VHMM06), and the three now-juveniles Totoro (VBSF001), Lyra (VBSF002) and Love (VBSM003), are all safe and sound.  For now, this subgroup is called Brussels Sprouts 2. 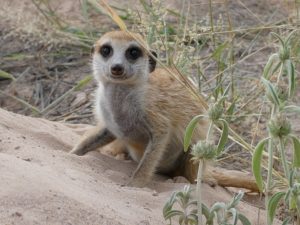 Ubuntu’s dominant male Jumper (VTSM017) was killed when he was hit by a car on the main road.  Captain Barbosa (VLM265) has reclaimed dominance.