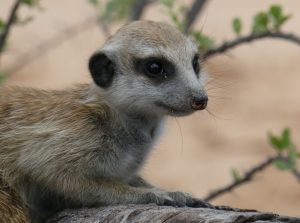 Make-e-plan’s numbers significantly increased with the emergence of 15 pups from dominant female Bridget (VQLF011) and three subordinate yearling females.  The events that followed these births describe the sometimes-heartbreaking challenges the observers must face in the course of their work with the Project.  The full story is in this month’s Meerkatter.

The two factions of Brussels Sprouts have not reunited after splitting in March following an IGI with Gold Diggers.  Gold Diggers adult males, Jack (VGDM010) and James (VDM011), immigrated into the original group in which Arabella (VMP035) remains dominant.  Male dominance is unsettled between Jack and James, the only unrelated adult males in the group. In the other faction, Brussels Sprouts 2, Shandy (VHMM023) remains the dominant male.  Both Shandy and subordinate male Gurke (VHMM036) must leave the group for encounters with females as there are no adult females in this group of five. 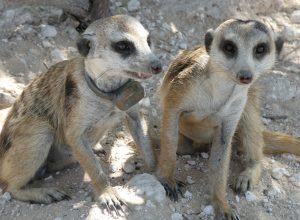 As predicted, Calypso (VECF027), dominant female of Elrond’s Council, was given her LAST SEEN this month after a birth gone bad in April.  Adult subordinate male, Langa (VZUM033), was also given his LAST SEEN. 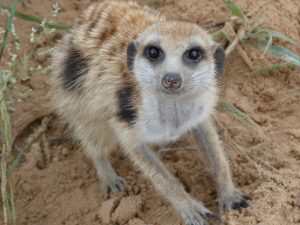 Namaqua’s TB-infected yearling subordinate female Megara (VNQF020) was given her LAST SEEN.  No other individuals in Namaqua are showing signs of TB.  Let’s hope this marks the end of the run of this devastating disease within the group.

All is status quo at Whiskers. 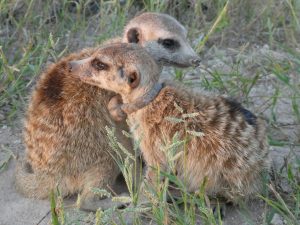 The May 2022 Life History Chart is found here.

Click here for the most recent group territories map.