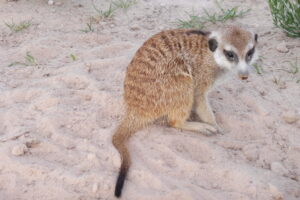 This month Gold Diggers habitation improved considerably with the immigration of Ubuntu Shrew (VUBM018). As Shrew is bigger and older than all the other potential dominant males in the group, he is a strong contender for this position.

Lazuli finally has a new dominant male – Odin (VLM266), one of the three wild males who immigrated into the group after the former dominant male, Polon’s, death.

Elrond’s Council is now fully dye-marked.  The yearling Galadriel (VECF032), was the final individual to be dyed.  She is also assumed to be one of the mothers of the latest mixed litter along with the dominant female Tayl Baez (VBBF117).

Jaxx Shepard (VJXF127) was found dead, presumably from injuries she sustained from the cactus in which her body was found. 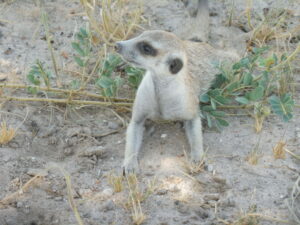 The June 2020 Life History chart can be found here.