Zulus are a wild group first encountered in 2009 at the far side of the Western riverbed, towards Pharside dam – wild except for the dominant male, Shaka Zulu. He was a former Lazuli and Hoppla male who had left the monitored population in September 2008. Habituation started in 2010, yet most animals remained too wild to mark and thus distinguish them. Only one, the dominant female, could be recognized from the start due to the fact that she has eight instead of six nipples. Her name was thus Ocho Niple. Habituation seemed to suffer a severe setback when Shaka Zulu succumbed to a snake bite in May 2013 – however, in September six Lazuli males displaced seven Zulus males, boosting habituation levels immediately. Male dominance eventually settled on Cagliostro. The remaining females were by now quite well habituated, apart from dominant Ocho Niple who remained wary of humans. December 2015 saw just another split of the large group; Ocho’s splinter went missing, so Cagliostros part was followed but they disintegrated in early 2016, and remaining members spread across the population. Ocho Niple was never seen again, and she is assumed dead. Four Zulus females, of both splinters, managed to attract males of Lazuli and Quintessentials origin and they are now considered the Zulus group, yet the males were soon supplanted by wild males. Poma has emerged as the dominant female of the renewed group.

In the past year the Zulus have come closer to the other groups, so encounters with Quintessentials, Baobab or Nematoads are now occasionally observed. 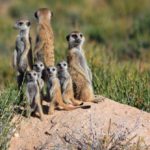 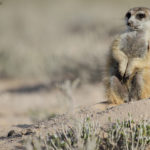 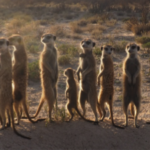 Whiskers came into existence in 1998, with four Young Ones females and two Lazuli rovers – reinforced with a wild meerkat who had been brought to us (instead of the potjie) from Van Zylsrus. Change came with a rover party of Vivian origin in 2001 who immigrated into Whiskers, with the brothers Yossarian and Zaphod taking turns in male dominance. In early 2002, Flower took over female dominance and ruled Whiskers since then. She succumbed to a snake bite in January 2007, and her daughter Rocket Dog rose to power. After her death Ella established dominance; she was soon joined by Thundercat, a single Lazuli rover. The group slowly recovered from low numbers, growing to 30 members, all of which were Ella’s offspring. In 2011 Whiskers saw dominance squabbles, and Enili rose as the dominant female; Ella and four other evictees dispersed but were later found again far to the East, named the Queens, with two wild males. Dominant male Thundercat disappeared in 2012, leading to a series of natal males of which Marxxs had the longest tenure. None of the females was able to raise a litter in the 2013 drought season, and several subordinates dispersed, decreasing the numbers further down to 8. May 2013 saw the immigration of four unrelated males, formerly of the Cave Men group, but three of them of Lazuli origin. Snowy assumed male dominance; he was later replaced by Rufio. In September 2013, Enili was run over; she had only raised one pup to adulthood, during her tenure. The remaining two females, Swift and Pe’ahi, were barely six months old when they inherited the six-strong group; they job-shared dominance for several months until Pe’ahi finally took the prime seat.  Swift and Pe’ahi gave birth to one litter each, but the group only succeeded in bringing one male pup K-Quob through. In October 2014, male dominance shifted to Brea, and Snowy left for good – a change that actually calmed the group down, and maybe helped raise Pe’ahi’s litter of which two females survived. The group had finally started to get a grip again when Pe’ahi was predated in September 2015, just after giving birth. The males resumed roving, and Pet was even briefly dominant at a very short-lived Ewoks subgroup. Newly dominant Swift gave birth – to the only pup that emerged during months of a severe drought in the entire population! – yet it did not survive. In February 2016, the group seemed to win a new member, with immigrating ex-Axolotls female Bearbatter, yet she soon left again, taking the young female Jedila with her. The group currently consists of four individuals, who are in good shape, but not actively breeding.

In the past years Whiskers usually stayed around the Rus en Vrede farm house, but have recently moved south, to the former Toyota and Frisky territories. Their main neighbors now are Jaxx and Ewoks.

Whiskers are our world-famous movie stars, with “their” Meerkat Manor series in four seasons between 2005 and 2008, and a full-length movie “Meerkat Manor: The Story Begins” that is available on DVD. In May 2012 they also featured in Planet Earth Live, on BBC1 – when snake-bitten but recovering Ernesto almost stole Swift the focus pup’s show…

The Whiskers are available as a Friends group. 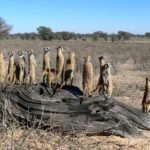 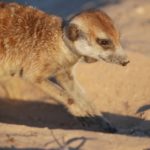 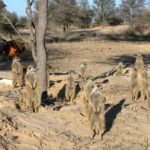 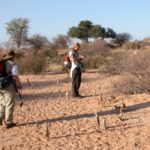 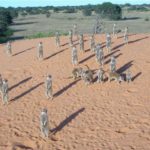 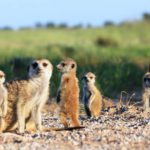 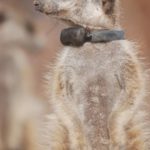 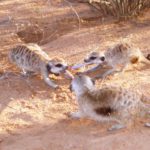 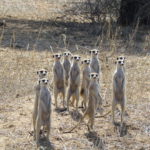 The Van Helsing group was formed in February 2008 by three evicted Whiskers females, and two wild males. One or more of the females had given birth while being evicted; the four pups were most probably Bananas’. Flo and Titan seemed to have settled in the dominant positions, and the group was growing steadily. However, in 2009 Flo was overthrown by Billy, and disappeared. Billy kept a tight grip on her group, and made them grow successfully, for four years – yet no Van Helsing individuals escaped her reach to form their own groups. Billy was found predated in May 2013; Frusicante took over dominance. Only two months later, eight of their males left, to join Nequoia and Sequoia, respectively. The vacant position was then filled by two wild immigrant males; “Chemical Kev’s Moped” was the one who remained and remained dominant. Female dominance became shifting, with no female lasting longer than a few months before she was displaced by a sister. Egg seems to have firmly established dominance around mid 2014, while her older sister and former dominant Bes1 was evicted for most of the time. Bes1 finally emigrated to form the HighVoltage group in January 2015. Dominant male Kev disappeared during the 2015/2016 drought, and natal male Angel Shuffle won dominance. He and the other adult males were recently displaced however, by a group of Zulus males. Küçük is now dominant.

The Van Helsing live along the Botswana road, north of the Gannavlake farmhouse. 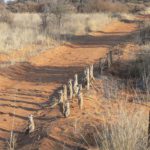 Van Helsing with Billy and Titan 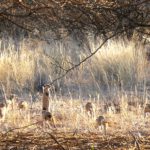 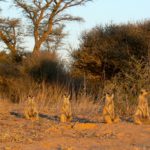 The Überkatz split off Sequoia at the end of May 2012 and became an independent group after a few fights with their source group. The males soon deserted the group to return to Sequoia, but three Whiskers rovers led by Gump immigrated, and stayed for good. The Überkatz were headed by Tina since their start, with littermate Ricou playing second fiddle. The group grew steadily, all Tina’s offspring – so Ricou and Talkeetna, the other founding female, left them to create the Chalibonkas group with Lazuli males. Tina disappeared in early 2014, injured, after giving birth to a litter of six, so the only remaining adult female Frosting took over the position of dominant female and nurse. She brought five of the pups through, and started to raise her own litters. The males keep battling for dominance, until Pitio re-acquired dominance while Gump disappeared. In October 2014, all subordinate adult females emigrated to form the Axolotls group, and several adult males emigrated in June 2015. The group made it through the 2015/2016 drought with Frosting and Pitio at its head, yet TB has recently reared its face, and the group seems unstable.

They lived in the dunes south of the river bend, but gradually moved closer to our Rus en Vrede farmhouse. 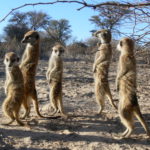 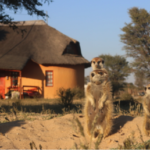 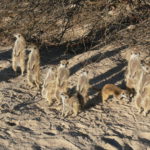 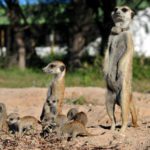